The joint stock company Avangard is one of the leading manufacturing plants in Rus-sia producing large-scale articles made of composite materials (fiberglass, carbon fiber-reinforced plastics) and plastics and rubber as well. It is situated 300 km to the west of Moscow in the town of Safonovo, Smolensk region.

The history of JSC Avangard goes back to the enterprise “Safonovo plastics plant” founded in 1962 in the town of Safonovo, Smolensk region. Since the moment of its foun-dation the enterprise has worked for civil needs as well as for national defence in behalf of which the production of fiberglass armor and antiradiation defence elements for armoured vehicles was organized here. Advantageous geographical position in the center of the European part of Russia and excellent transport connection made Safonovo the area suit-able for the manufacturing plant (Moscow – Minsk railway and highway cross the town). It started its work with the production of plastic articles for national consumption and in-dustry. 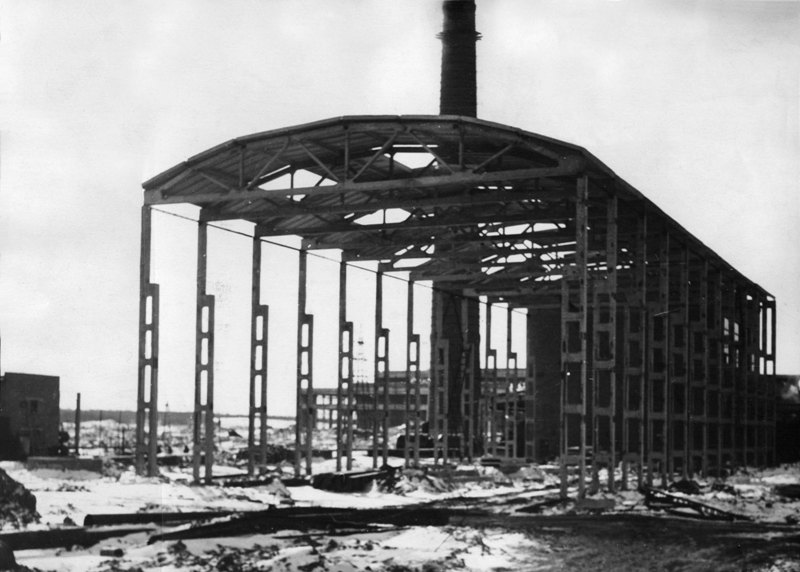 The plant grew very fast and developed new technologies of plastic processing, and af-terwards of composite glass fiber filled and carbon fiber filled materials with different types of chemical-resistant coatings. In 1960 the development of rocket-and-space equipment demanded to organize serial production of large-size fiberglass articles, such as transport-starting containers and engine cases of solid-propellant rockets in the USSR. It was “Safonovo plastics plant” that was chosen by the government of the USSR for the development of the serial production of large-scale articles made of composite materials for rocket-and-space sector. A special workshop with an area of 4,8 ha was built here. It included spinning manufacture, cham-bers for polymerization of articles, engineering tools for machining finished products made of fiberglass plastic. A separate workshop was built for preparation - cloth proofing with epoxy resins and phenolics. 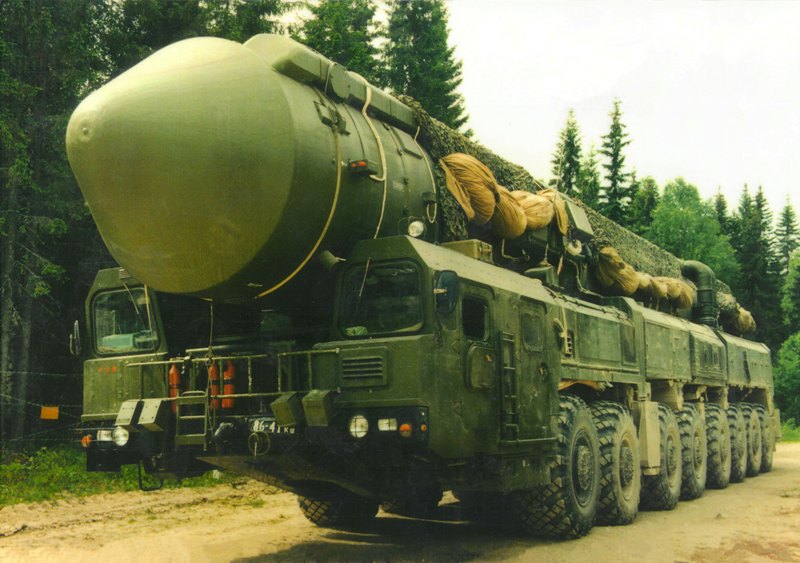 Mobile launching container (MLC) is a fibreglass cylinder, in which the rocket is placed. Being completely ready for military purposes, the rocket leaves the manufacturing plant in MLC, it is transported, stored in it and launched from it as well. The use of fiber-glass reinforced plastic gave the possibility to decrease labour intensiveness and steel in-tensity of MLC production, to decrease twice the weight of the construction and to harden the articles produced. Besides that the use of MLC allowed to construct a mobile rocket complex. In 1970 a special design-engineering bureau “Kurs” (“course”) was created at the manufacturing plant for construction documentation support and technological processes development during MLC rockets production. It was a major engineering research center in development of products made of composite materials. A multistoried building was constructed for it. A considerable growth of production volume resulted in the fact that in 1972 “Safonovo plastics plant” formed a part of the production association Avangard, which included three plants, and became its parent enterprise. 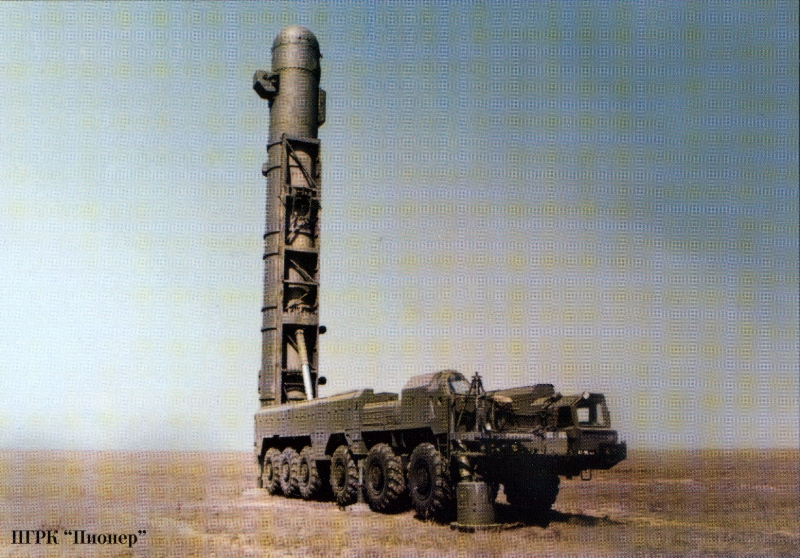 The production association Avangard took part in manufacturing of the most up-to-date soviet rocket-and-space equipment. Here fibreglass MLC were produces serially for the first domestic solid-propellant intercontinental ballistic missile РТ-2 (РС-12), and for the heaviest in the world intercontinental ballistic missile Р-36М (according to the western classification - SS-18, «Сатана» (“Satan”)). 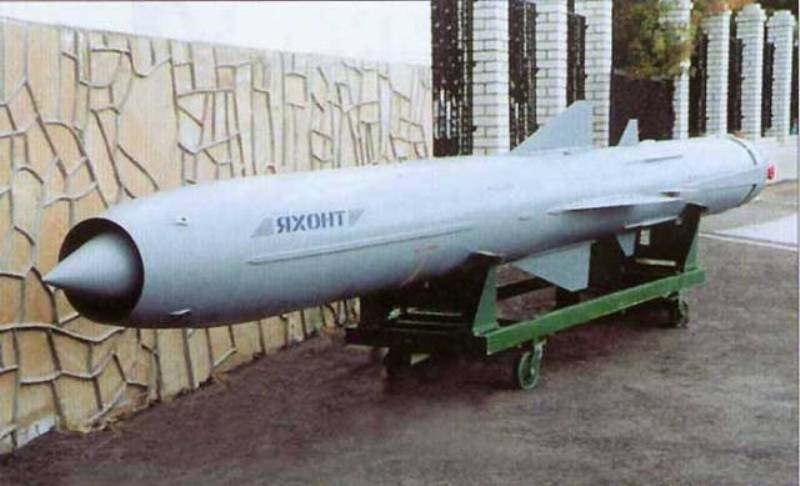 In the middle of 1970-s the production association Avangard developed the manufac-ture of fibreglass high-strength engine bodies for the first domestic land-based mobile mis-sile system with the intercontinental ballistic missile «Temp-2С».

For great services in development and production of rocket-space equipment, Presid-ium of the Supreme Soviet of the USSR by its Decree of August 12, 1976 decorated the production association Avangard with an Order of the Red Banner of Labour. By that time the manufacturing plant was located on the area of more than 140 hectares, and its engi-neering buildings took 330 thousand square meters. The plant included 31 workshops of principal and auxiliary production, in which there were more than 1200 items of various equipment including unique ones. 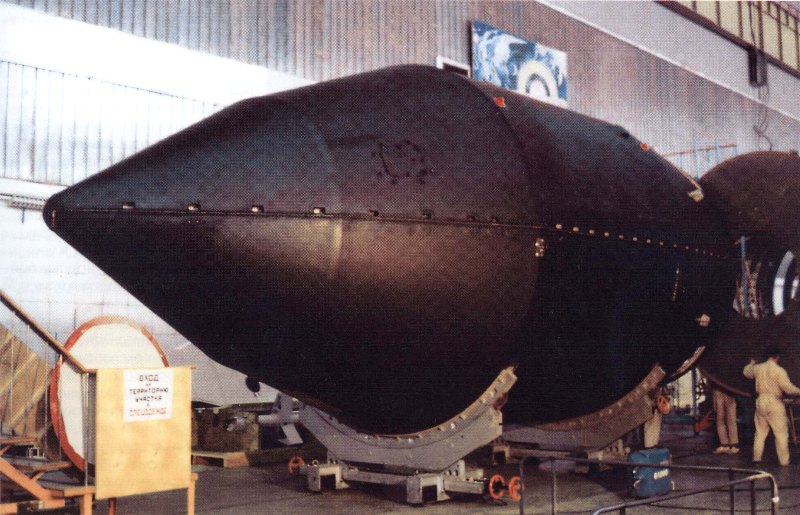 In 1980-s the production association Avangard produced the bodies for the most pow-erful battle solid-propellant engines in the world (3Д65 and 3Д66), which were used in the ballistic rocket РСМ-52 (that was adopted for missile-carrying nuclear submarines of “Akula” (“shark”) type), and also the engine bodies for the army tactical ballistic missile system “Oka”, which was considered the best in the world in its class.

At the same time the production association Avangard began manufacturing of MLC and engine cases of the land-based mobile missile system “Topol” (РС-12М) with the in-tercontinental ballistic missile, and also MLC for the anti-ship supersonic cruise missile “Yakhont”.

A serious contribution was made by the production association Avangard to the devel-opment of domestic space engineering. Since mid 1980-s the plant manufactured payload fairings of composite materials for space station modules “Mir” and ISS. 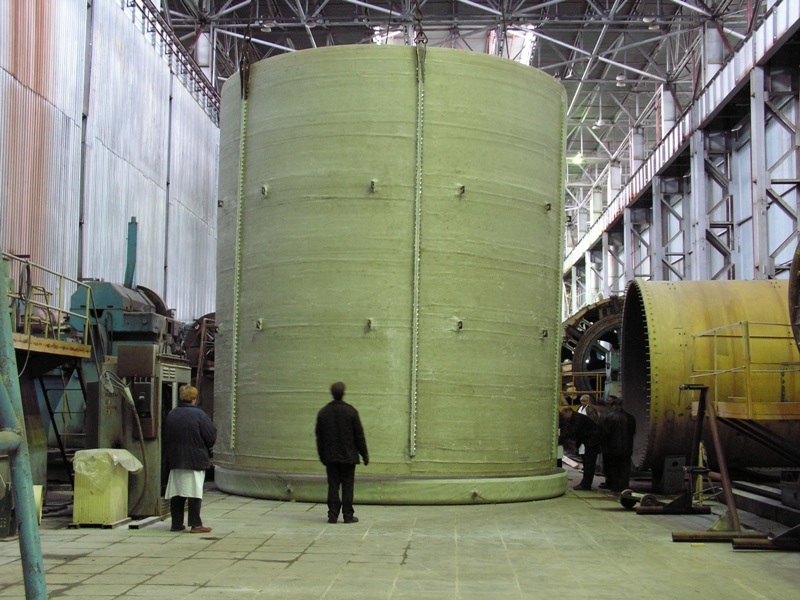 Along with military and space production, the production association Avangard was the first in the USSR to begin the introduction of large-size fiberglass articles into the civil sphere. Using rocket technologies the plant began to manufacture fiberglass gas exhaust chimney shafts. In 1974 a chimney shaft of 100 meters height was mounted at the produc-tion association “MINUDOBRENIYA” (Voskresensk, Moscow region), and in 1978 – at the sulfuric plant in Sumy (Ukraine). At the beginning of 1990-s Avangard began the mass production of chemical resistant reservoirs and various equipment made of fiberglass rein-forced plastic for industrial enterprises of Russia and the near abroad.

Almost 200 workers of the plant were decorated with orders for their conscientious work, about 100 workers became honourable chemists and high achievers in chemical in-dustry, the State Prize of the USSR was awarded to5 people. 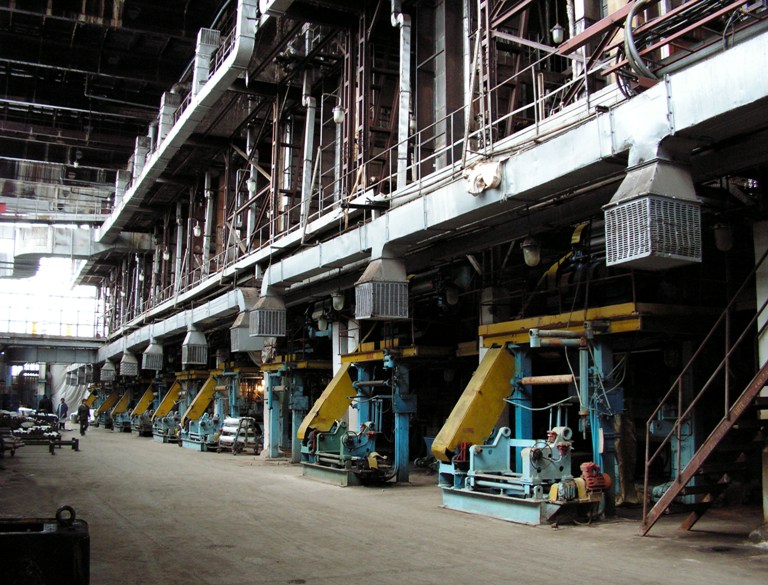 According to the Edict of the President of the Russian Federation No.1161, signed on September 13, 2004, FSUE Avangard went through the process of turning into a joint-stock company and became part of the Open joint stock company “Military-industrial cor-poration “NPO Mashinostroyenia”, one of the leading space and rocketry corporations of Russia.

JSC Avangard is under the authority of the Russian Federal Space Agency. It is one of the largest Russian engineering and production complex in the sphere of composite mate-rials. The number of workers is about 1400 people. The production of articles for the most modern rocket-and-space equipment goes on at the plant. This equipment makes the basis of the strategic security of Russia.

For the decades of working for the national defence industry JSC Avangard has gained valuable experience in manufacturing of large-scale articles of composite materials and in introduction of this experience into production of civil products. Nowadays JSC Avangard manufactures a wide range of custom-designed products for the leading domestic and for-eign enterprises of oil and gas and chemical industries, metallurgy, machine building, power engineering, transport, municipal engineering.

JSC Avangard has several large buildings of the main manufacture and a number of auxiliary workshops: toolmaking, woodworking, thermal power, repairing, electric supply, controlling and measuring and transport workshops. There is an elevated structure for loading motor transport with goods, a branch railway, crossing the territory of the plant and connecting the plant with the railway station Safonovo. In the workshops manufactur-ing large-size articles the railway is brought inside. 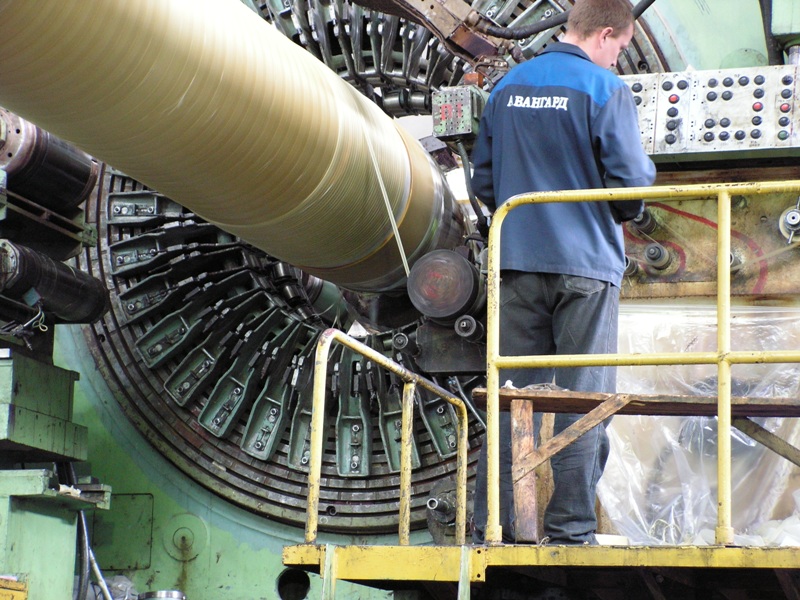 JSC Avangard has an integral system of engineering and production activity, which has been elaborated for decades. The construction department carries out the selection of materials for production, makes all kinds of strength calculations and development of de-sign documentation.

The department of the production manager carries out technological preparation of de-sign documentation at different stages of its development, exercises systematic control of keeping to the established engineering procedure.

Research and development work is carried out in the central laboratory of the plant. It is aimed at the adoption of new equipment and techniques, at providing the quality of the articles produced. The laboratory exercises control of raw materials, semi-manufactured articles, finished products for their physical-mechanical and chemical characteristics. It makes electrical measurements, carries out accelerated environmental testing and tests technological properties of composite materials.

A certified system of quality management is applied at the plant according to the State Standard ГОСТ Р ИСО 9001. The quality control department carries out various types of control: incoming control, operational control and acceptance control. Control checks of production work, casual inspection and control of procedures discipline are provided at the plant for improving the quality of production and for increase of responsibility of the staff.

All the articles finished have to undergo complex testing for quality control. The pro-duction of the enterprise has all necessary conformance certificates.

The industrial equipment of the en-terprise includes: 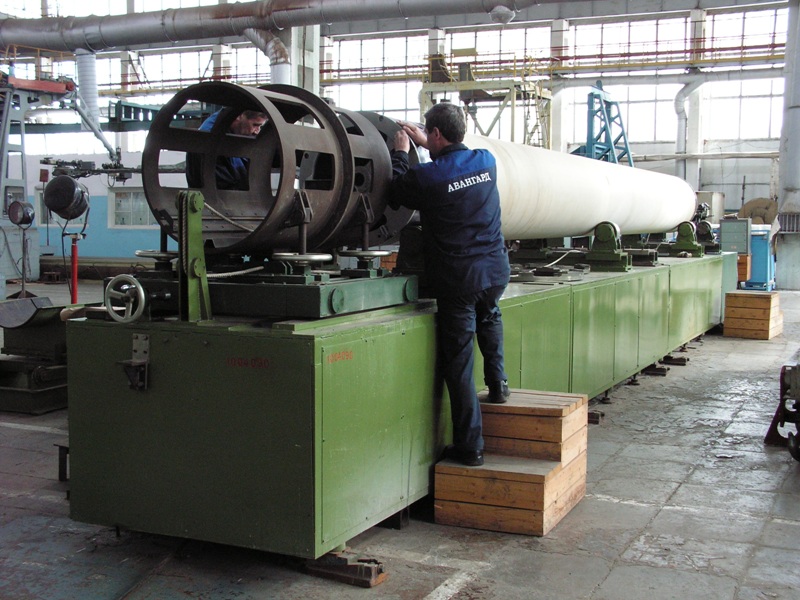 The use of various manufacturing methods makes it possible for JSC Avangard to produce a wide range of fiberglass articles of various degrees of firmness and for different purposes.

Articles with diameter of 500 mm and up to 4270 mm and with length up to 6000 mm can be produced on reeling machines. Wall thickness depends on the service conditions.

JSC Avangard can produce any large-size article of glass-fiber plastic, carbon-filled plastic and a wide range of plastic and rubber articles according to the technical order of its client.